Help... My child is not attending school 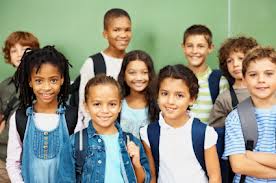 The change applies to a child who:

This change does not apply to a child who:

School truancy is a serious concern for our youth in Leelanau County.  Truancy is not only detrimental to success in education, but is a stepping-stone to delinquent and criminal activity.  Reports have concluded that chronic absenteeism is the most powerful predictor of delinquent behavior.  Absences in excess of 5 days/semester and 10 tardies without a valid excuse (proper documentation is needed) are considered excessive.

**Federal Policy is directing the Michigan Department of Human Services/Resources to require school attendance as a condition of temporary cash assistance eligibility for all children ages 6-18 effective October 1, 2012.

It is the responsibility of the parent(s)/guardian(s) to see that their child attends school regularly and on time.  By law, “every parent, guardian, or other person in this state having control and charge of a child from age six to the child’s eighteenth birthday, shall send that child to the public schools during the entire school year.”  Violation of this law is a misdemeanor punishable by up to 90 days in jail and/or a fine.  Exceptions to this law exist, including attendance at approved non-public schools and home schooling. MCL 380.1599

Schools must inform parent(s)/guardian(s) when their child is not in school.   Comprehensive attendance procedures should be adopted by public schools that are understandable and reasonable.  The law requires that the school meet with the parent(s)/guardian(s), with the child to address educational problems including truancy.  It is important that the school address the issue of truancy as quickly as possible.  Schools must accurately document every absence and respond appropriately and immediately in offering support to students.  An effort should be made to resolve issues contributing to the student’s attendance problems.

The Leelanau County Family Court/13th Circuit Court has jurisdiction over youth under age 17 who “willfully and repeatedly absents himself or herself from school or other learning program intended to meet the child’s educational needs…” MCL 712A.2(a)(4)

The Principal/ School Attendance Personnel,  as well as a Leelanau County Family Court Official, School counselor/Youth Intervention Specialist  will hold a Truancy Action Meeting with the parent(s) and child (the child attends the meeting only in middle and high school truancy cases) to resolve truancy issues.  If after the meeting, the child’s absences continue, the Principal/SAP may file a Truancy petition (in middle school and high school cases) with the Leelanau County Truancy Coordinator/Prosecutor’s office.  In the case of elementary truancy the parent(s) are responsible for attending the Truancy Action Meeting (the child does not attend).  If the absences continue following the meeting (in elementary school cases), the Principal/SAP may bring it to the attention of the Leelanau County Truancy Coordinator/Prosecutor’s Office at llacross@leelanau.gov for further review.

School 2 Prison - "Keeping Kids In Schools And Out Of Prison"